(Duluth, MN - March 16, 2015) The Tweed Museum of Art (TMA) at the University of Minnesota Duluth will feature the art of internationally celebrated watercolorist Cheng-Khee Chee from May 12 through September 20, 2015. The solo exhibition brings together 40 watercolor paintings created over the past 40 years (1974 - 2014), including Duluth Depotof 1974, the first painting Chee exhibited with the American Watercolor Society, as well as the monumental 100 Koi that the artist completed in late 2014.
Experiences and influences of both Eastern and Western art and culture have shaped the six decade artistic career of Cheng-Khee Chee. Born in 1934 in Fengting, southeastern China, the artist emigrated to British colonized Malaysia at age 14. As a self-taught artist, with both Eastern and Western mentors, Cheng-Khee Chee has developed a combined vision that incorporates the processes of Chinese brushwork with Western painting styles. Over the years, Chee has developed and adapted a repertoire of techniques from both East and West that clearly identify his work and have influenced countless students. For the philosophical underpinnings of his creative practice, the artist cites Confucianism and Buddhism as powerful influences. 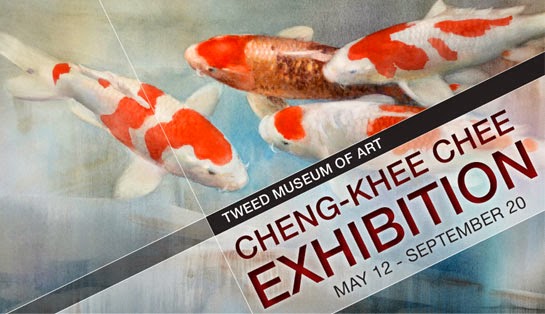 "After many years of practice, I have concluded that the watercolor medium is closer to Tao than any other medium. The very flowing movement of washes has a strong evocative power. The interpenetration of colors creates mysterious precipitations and nuance. In watercolor, the artist can let the medium obey its own laws and create wonders in the same way that nature creates her own works."
- Cheng-Khee Chee, Interview with Betsy Dillard-Stroud
In addition to the artist's aesthetic concerns, Cheng-Khee Chee has demonstrated a passionate commitment to the medium of watercolor by working tirelessly to engage new audiences through teaching workshops, leading cultural tours and organizing international exhibitions.
"In Chee's art the interplay between Taoist philosophy, Chinese brush painting and Western art forms - from realism to complete abstraction - offers us an expanded way to look at watercolor painting. He offers viewers multiple ways to approach his art. Each path yields an enriching opportunity to perceive the world through his eyes. A focus on technique is one path; attention to spiritual influences is another. This exhibition gives everyone - local fans, watercolor aficionados and students alike - several means to appreciate his work," states Peter Spooner, the exhibition's guest curator.

The Way of Cheng-Khee Chee: Paintings 1974-2014 is the first exhibition by the artist at the Tweed Museum of Art since 1992, and will be accompanied by a publication with essays by artist and writer Ann Klefstad and guest curator Peter Spooner. A variety of public programs are planned, including receptions, gallery talks, and a rare three-day workshop for practitioners and novices alike, led by Cheng-Khee Chee himself.

The Art Of Watercolour`s article

Proud to share my articles in the last issue of the magazine The Art Of Watercolor. 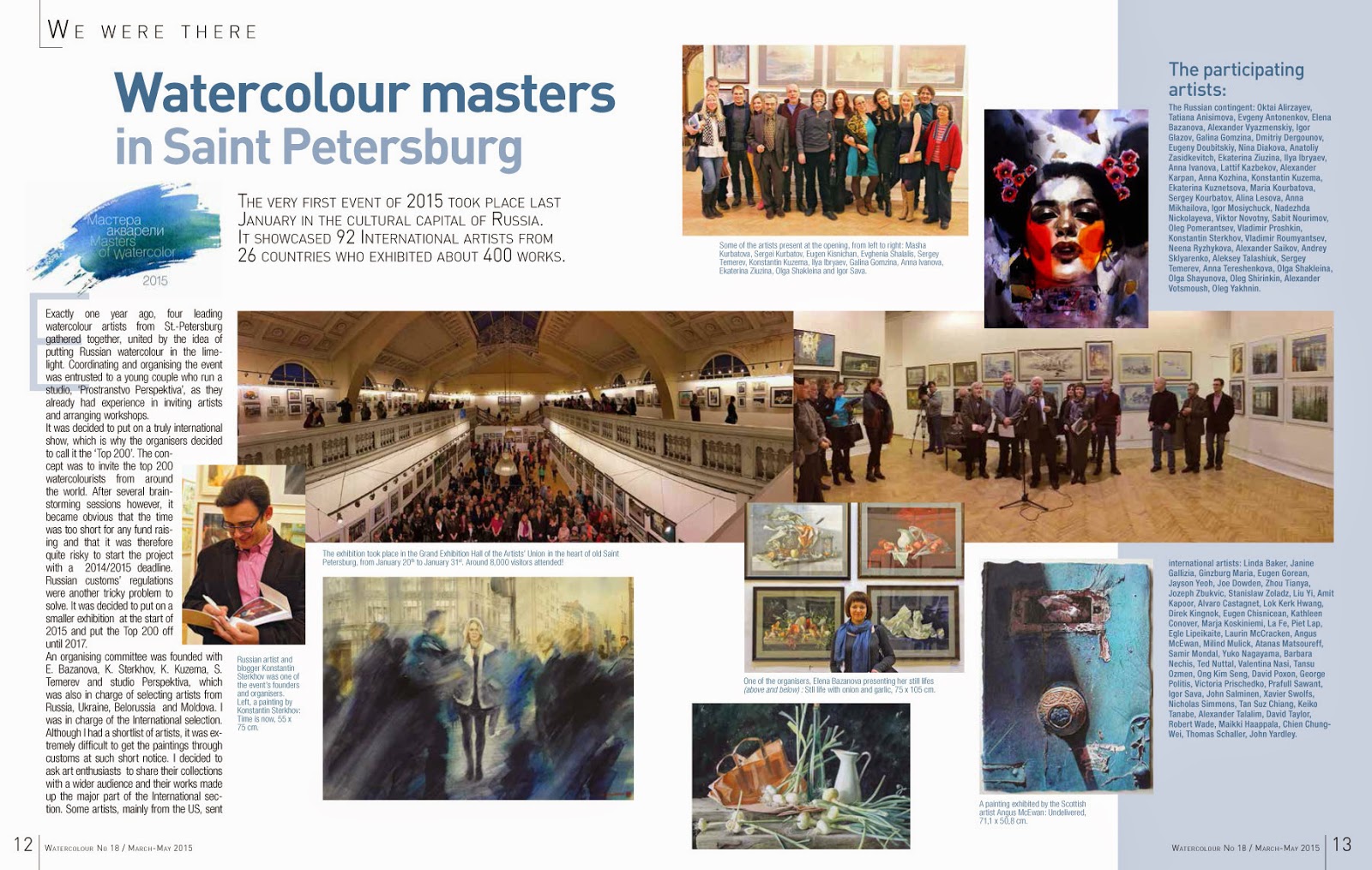 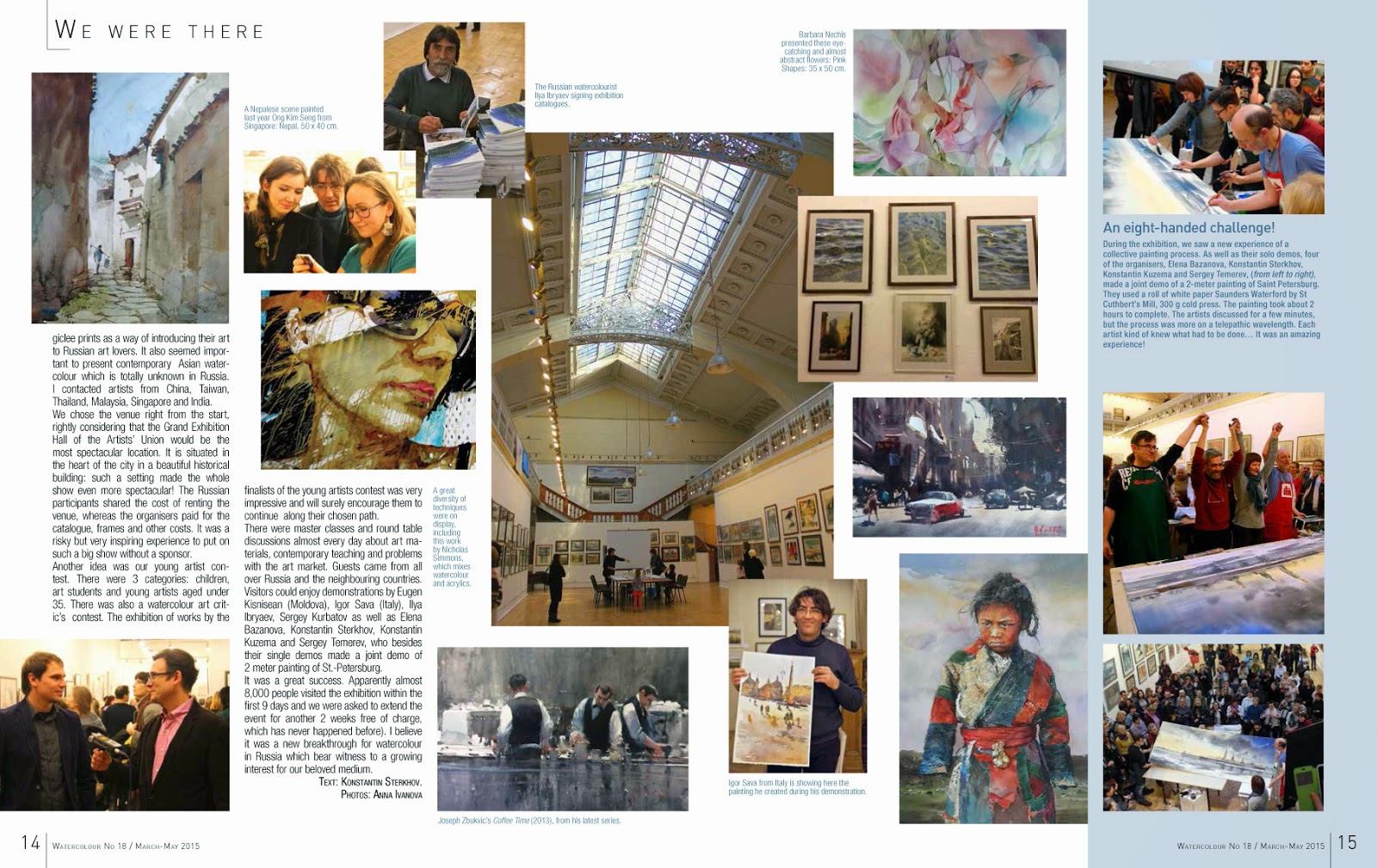 
THE FIRST INTERNATIONAL EXHIBITION “MASTERS OF WATERCOLOR”, ST.PETERSBURG
The very first event of 2015 took place in cold St.Petersburg, the cultural capital of Russia. It has showcased 92 International artists from 26 countries who exhibited about 400 works.
Exactly 1 year ago four leading watercolor artists from St.Petersburg gathered together, united by the idea of putting watercolor in Russia in spotlight. The coordinated role in organizing the event took young couple that run a studio “Prostranstvo Perspektiva” and had already an experience of arranging workshops with invited artists. 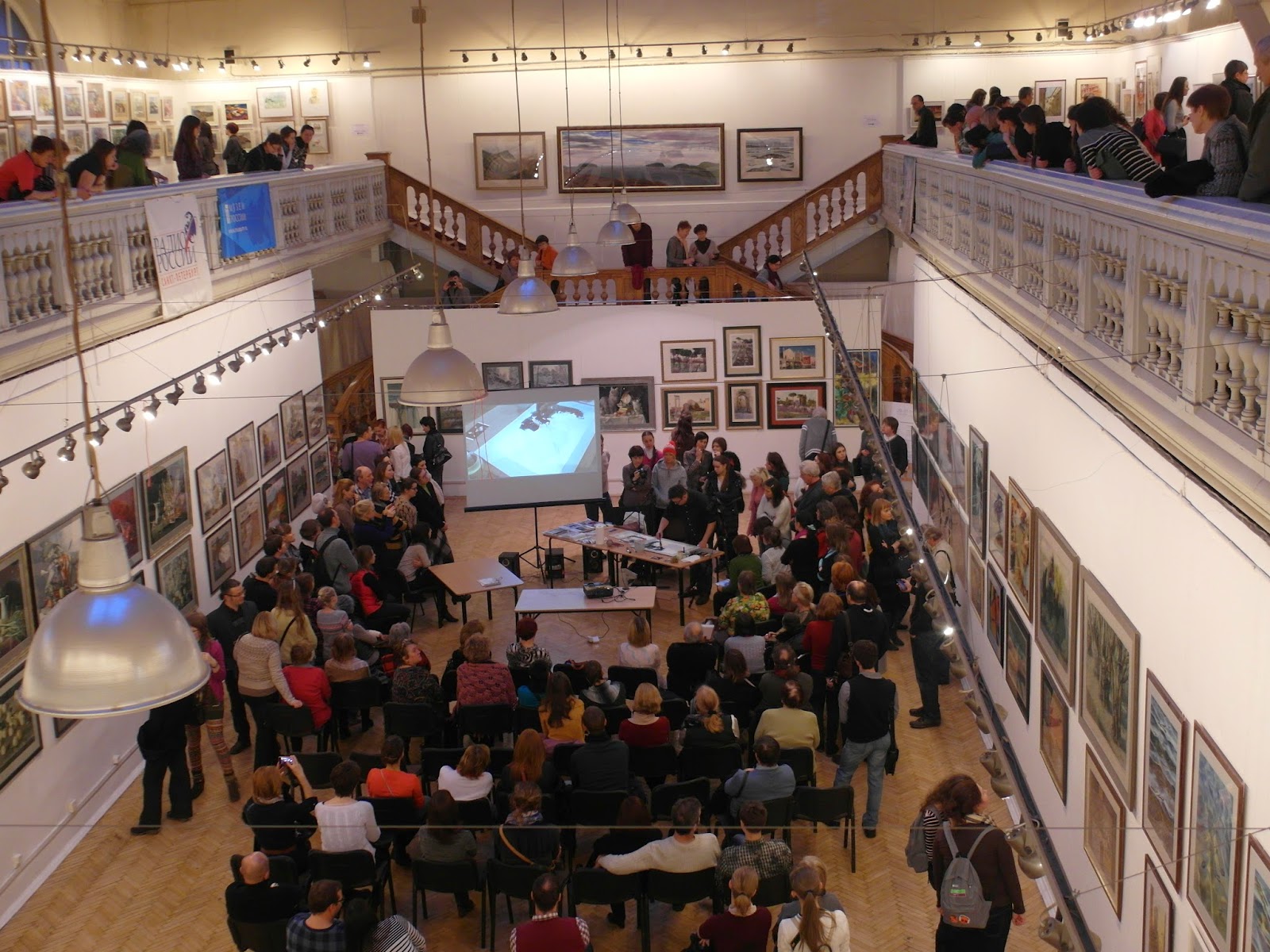 The venue of the Artists` Assosiation

The concept of the show was to make it truly International. We decided to name it TOP 200, means to invite 200 top watercolor artists from  the world for participation. After a few brainstorms we found out that the time was too short for fund rising. It was quite risky to start the project if we wanted it happen in 2014/2015. Also there were difficulties like Russian customs regulations. So we decided to make a smaller exhibition in the beginning of 2015 and The TOP 200 - in 2017. 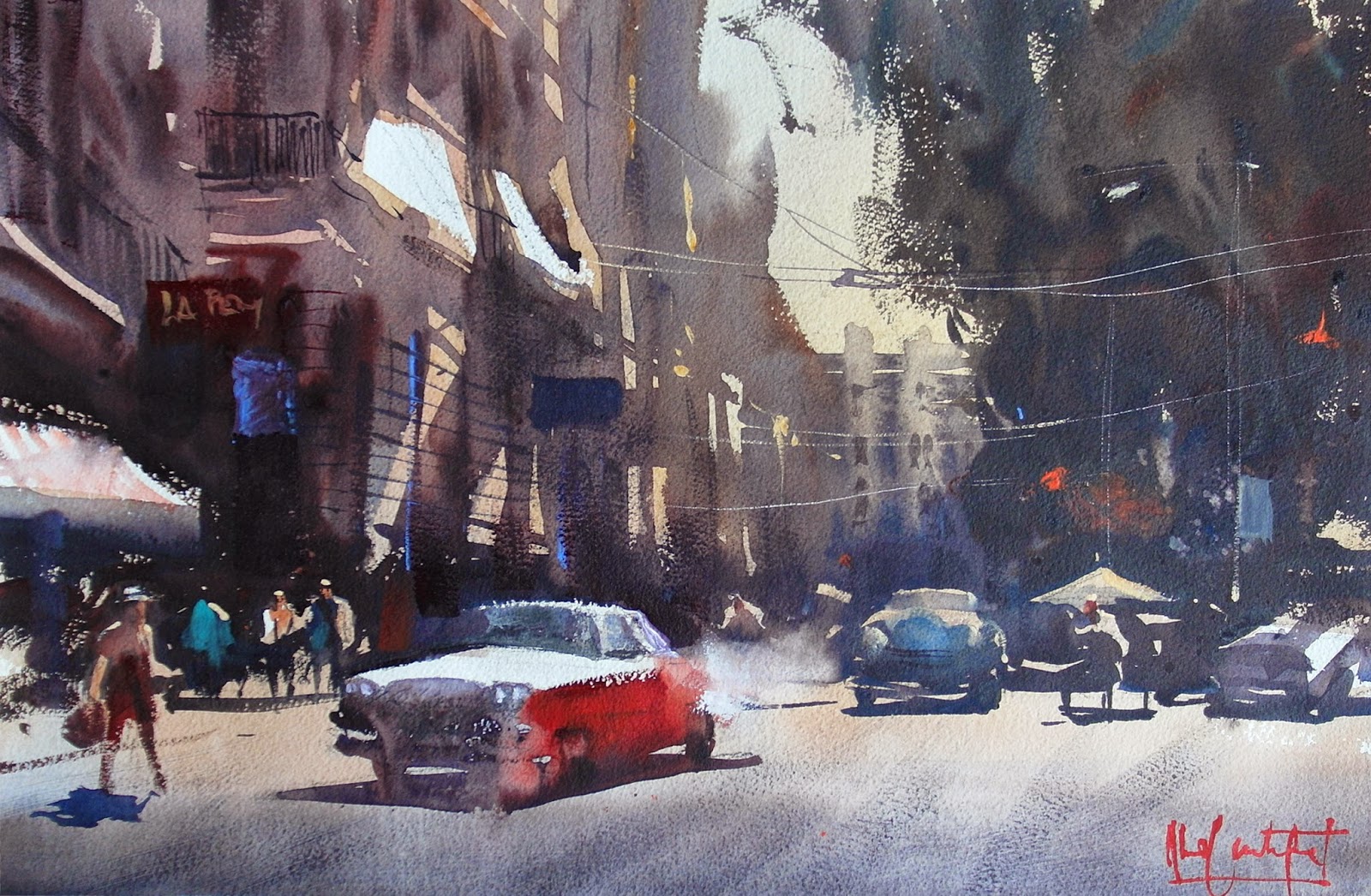 We found an Organizing Committee (E. Bazanova, K. Sterkhov, K. Kuzema, S. Temerev and studio Perspektiva) that also was selecting the artists from Russia, Ukrain, Belorussia and Moldova. I was in charge of International selection. Although I had a short list of artists I had a serious problem to get paintings through the customs. Also the time was very short. I took a decision to invite art connoseurs to share their collections with a wider audience. That was the major part of the International section. Some artists, mainly from US agreed to participate with giclees to introduce themselves to Russian art lovers. I thought that I also had to introduce the today Asian watercolor that was absolutely unknown in Russia. I contacted some watercolorists from China, Taiwan, Thailand, Malaysia, Singapore and India. 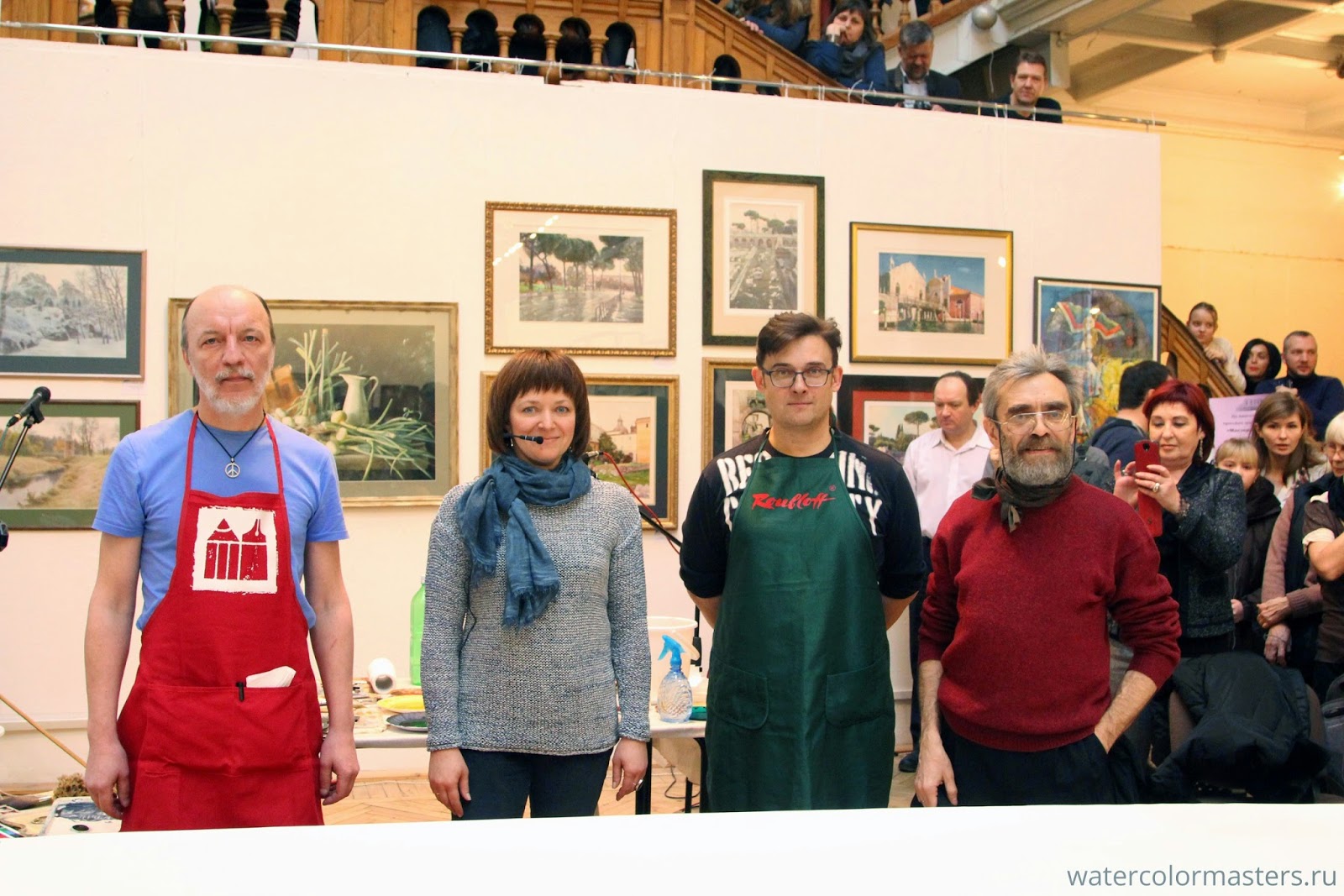 The venue was chosen from the very beginning. We considered that the Grand Exhibition Hall of the Artists` Union would be the most spectacular. It is situated in the very heart of the city in a beautiful historical building that would make the whole show so special! The Russian participants shared the rent of the venue. The organizers invested into the catalogue, frames and other costs. It was a risky but very inspiring experience to make a big show without a sponsor. 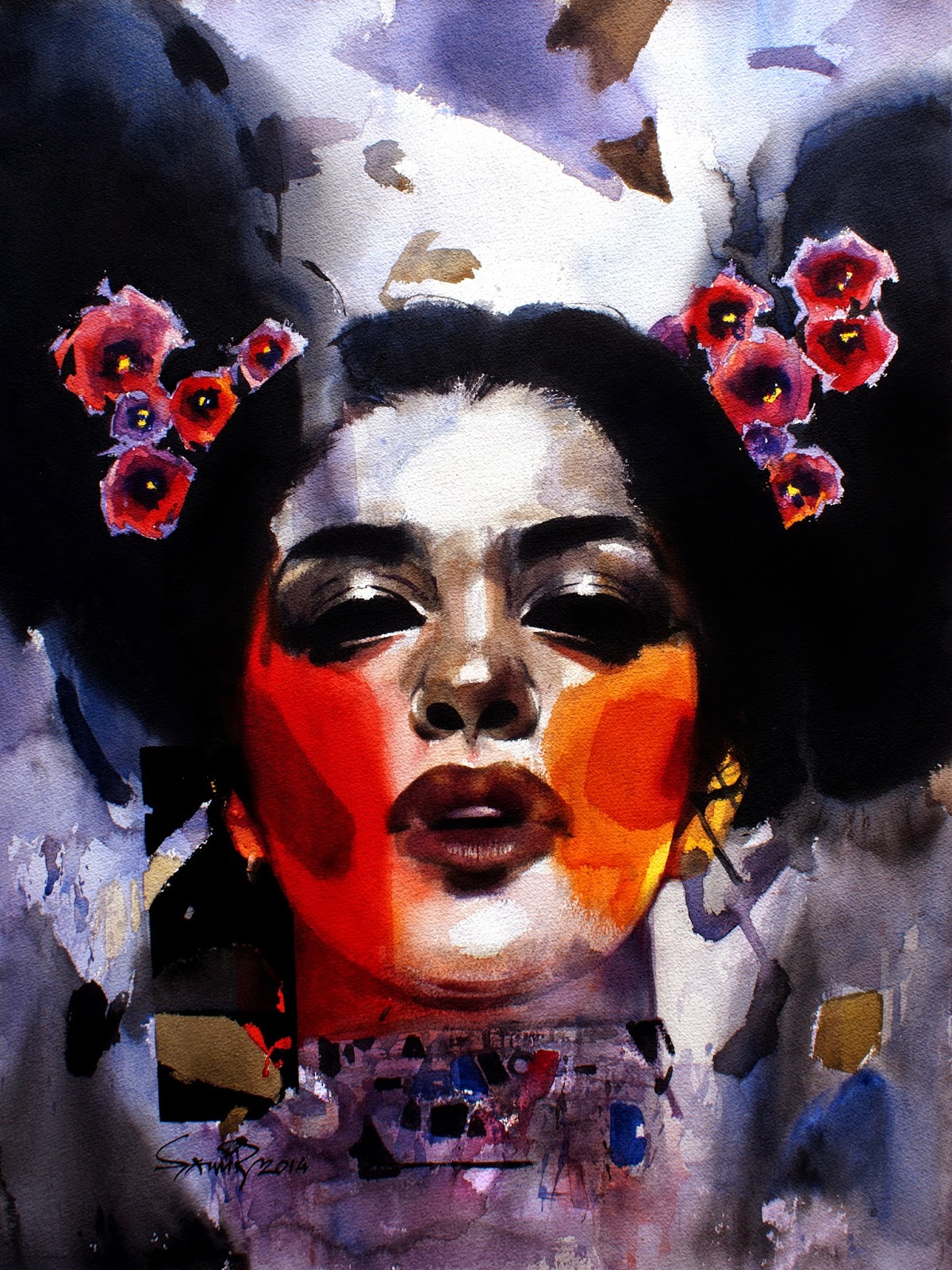 Another idea realized in our project was a contest for young artists studying or graduated from Art schools. It was in 3 categories – for children, for art students and for young artists before 35 years old. Also we announced a contest for art critic on watercolor theme. The exhibition of the finalists of the young artists contest was expressing. Such an inspiring push for their creative life! 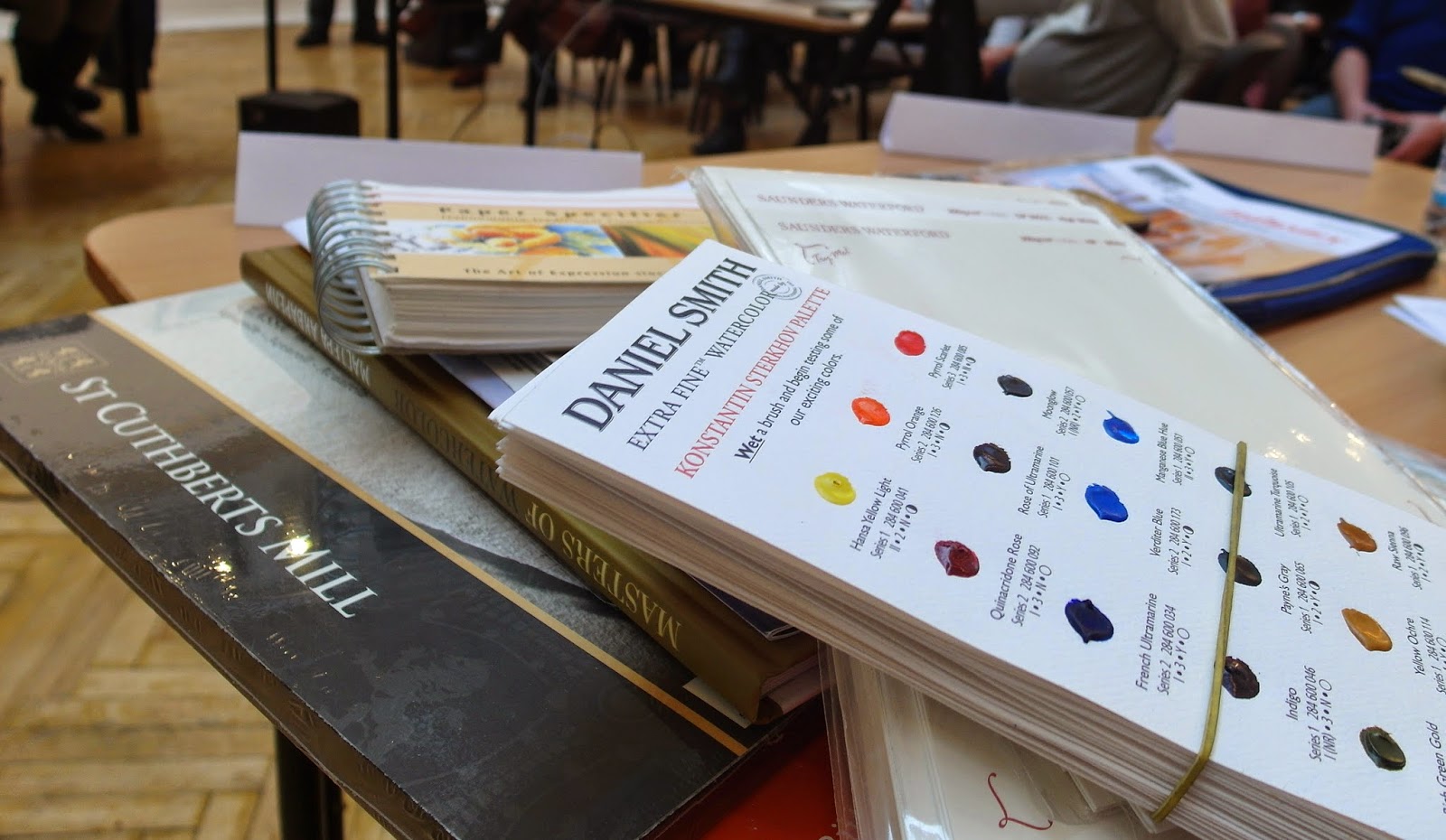 Round table discussions on art materials.

Almost every day of the show we had master classes and round table discussions on Art materials, teaching watercolor and art market problems. We had many guest from all over Russia and neibough countries. The exhibition visitors could see the impressing demonstration by Eugen Kisnisean (Moldova), Igor Sava (Italy), Ilya Ibryaev, Sergey Kurbatov and organizers Elena Bazanova, Konstantin Sterkhov, Konstantin Kuzema and Sergey Temerev, who besides their single demos made a joint demo of 2 meter painting with a St. Petersburg scenery.
Even for that respected exhibition hall the show was a success. We were told that almost 8000 people visited the exhibition within the first 9 days. We were asked to prolong for another 2 weeks free of charge for the venue (that never happened before). I believe it was a new breakthrough for watercolor in Russia that shows a growing interest for our beloved medium. 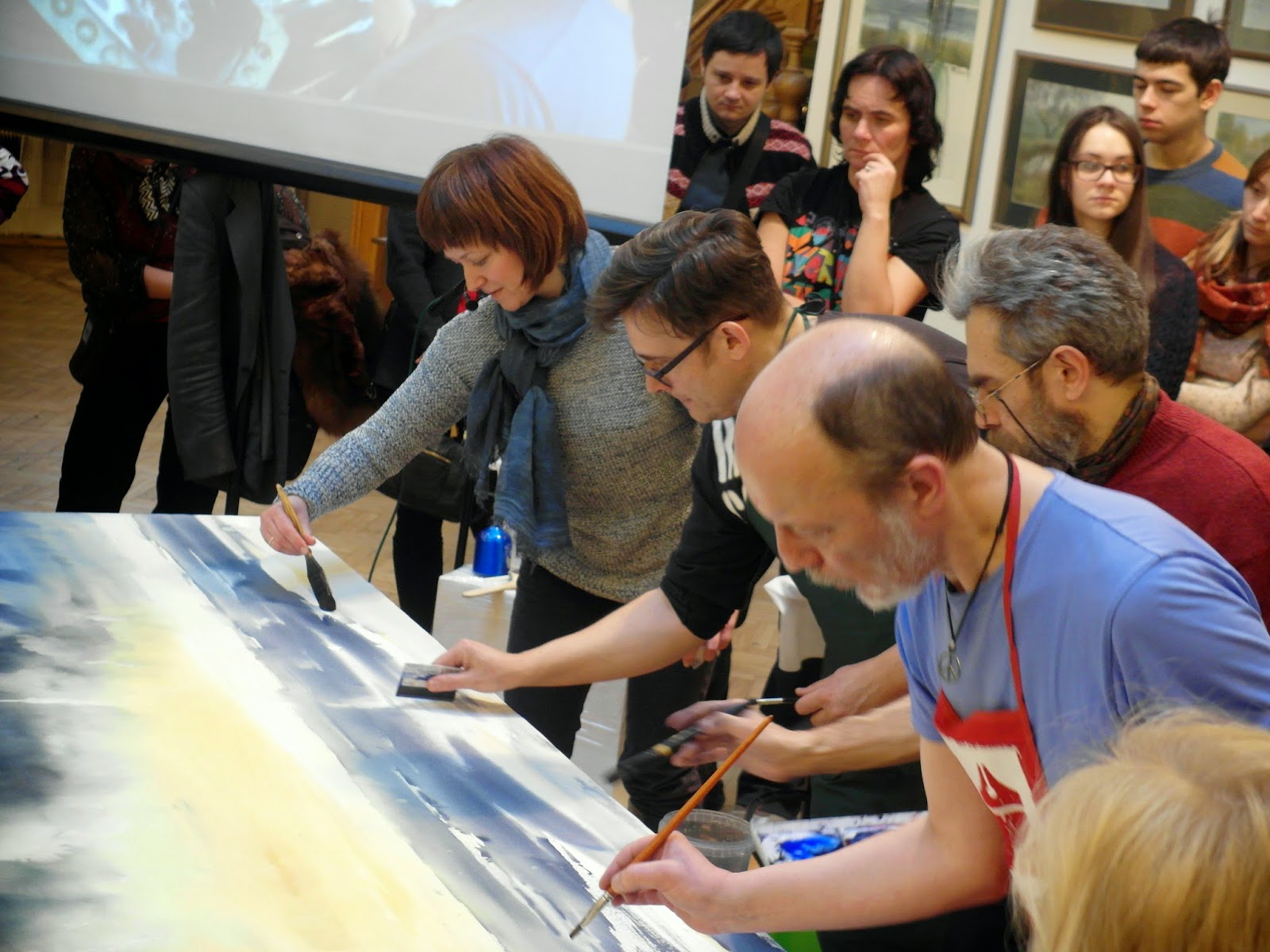 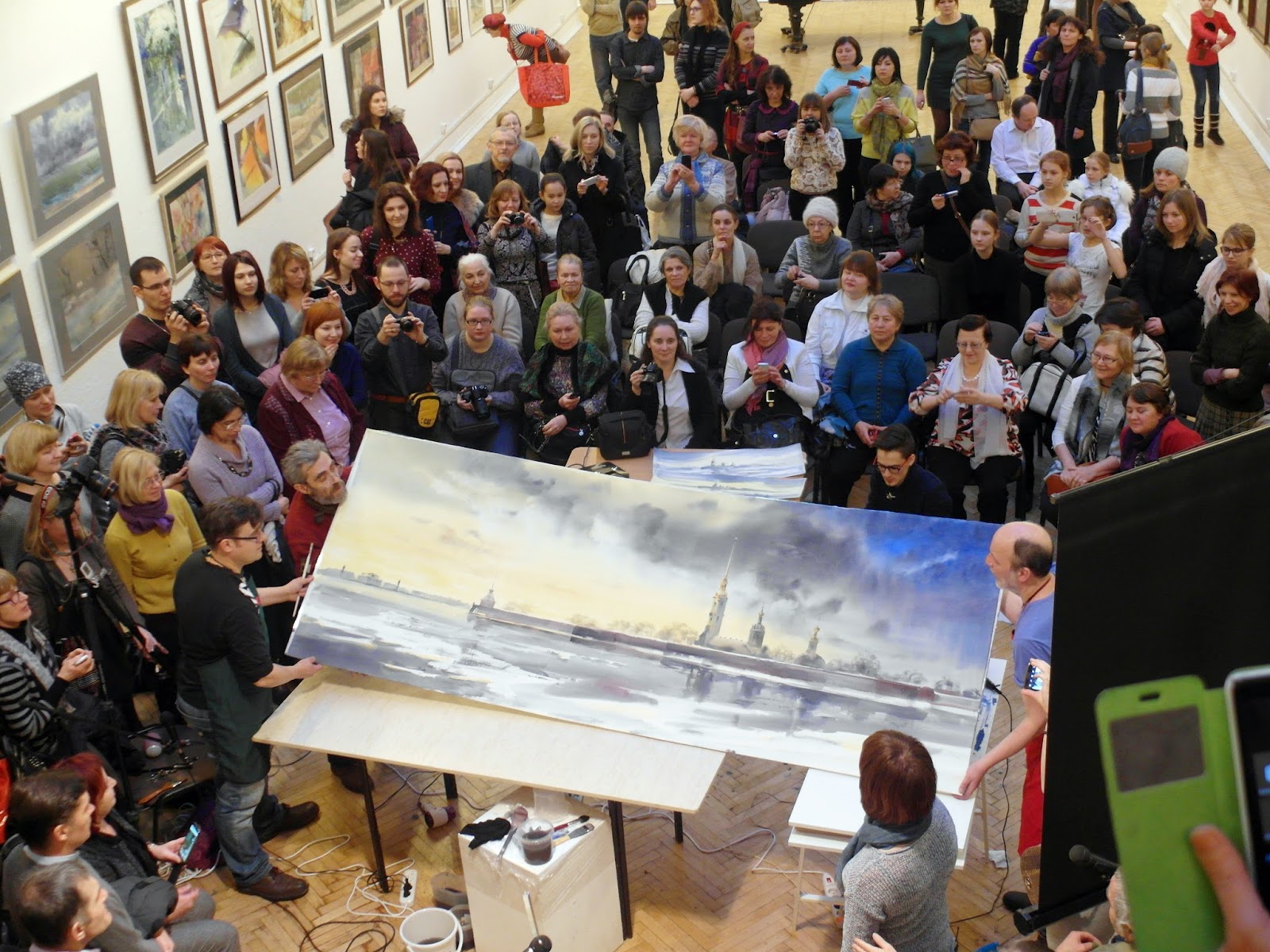 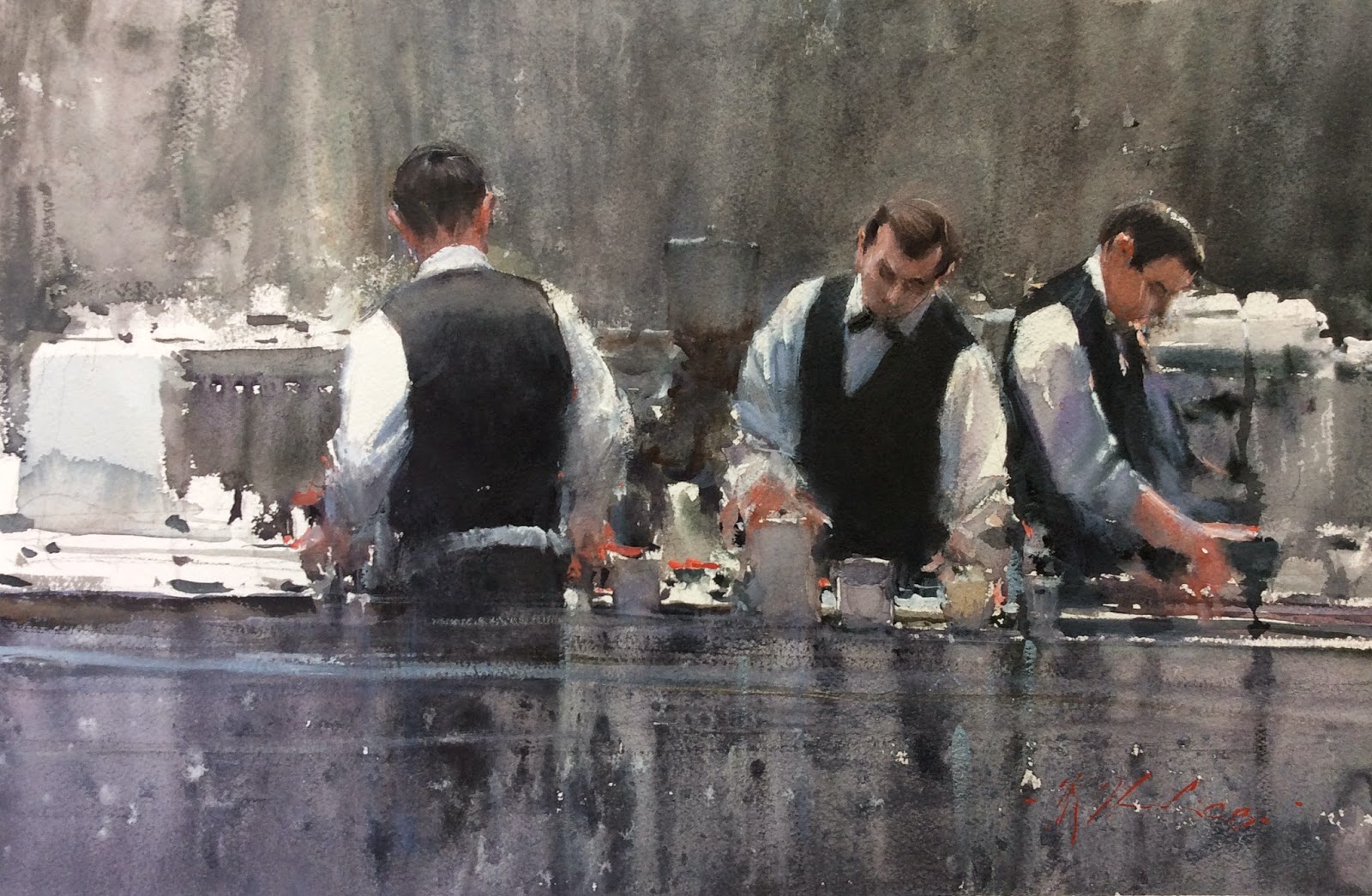 http://www.artofwatercolour.com/
Posted by Konstantin at 4:08:00 AM 3 comments: Links to this post

I am honored to send 3 of my paintings to Invitational exhibition Re-Interpretation 2015 in China where I will again share the walls with great contemporary artists from around the world. 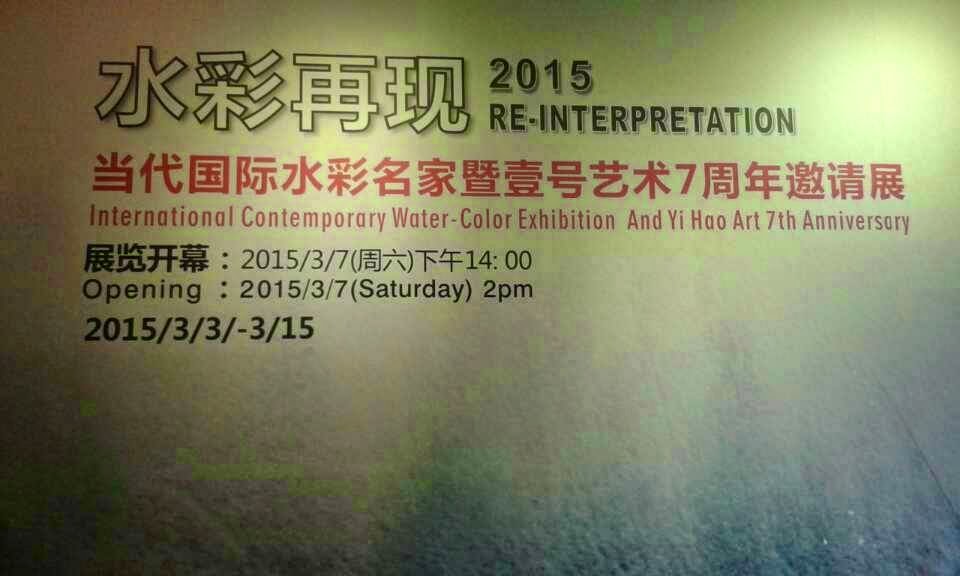 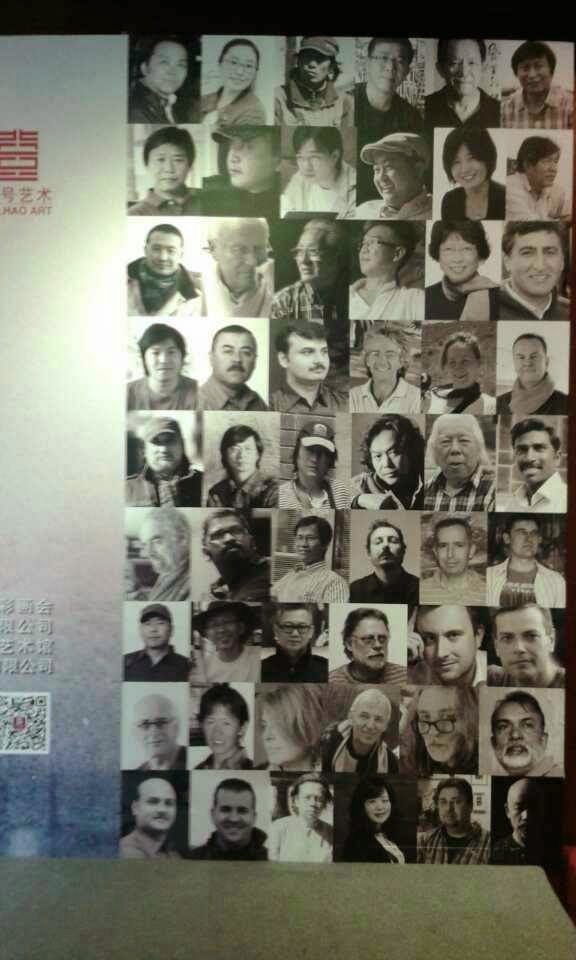 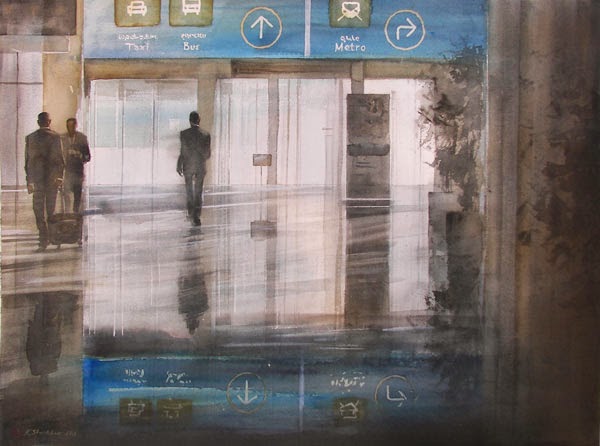 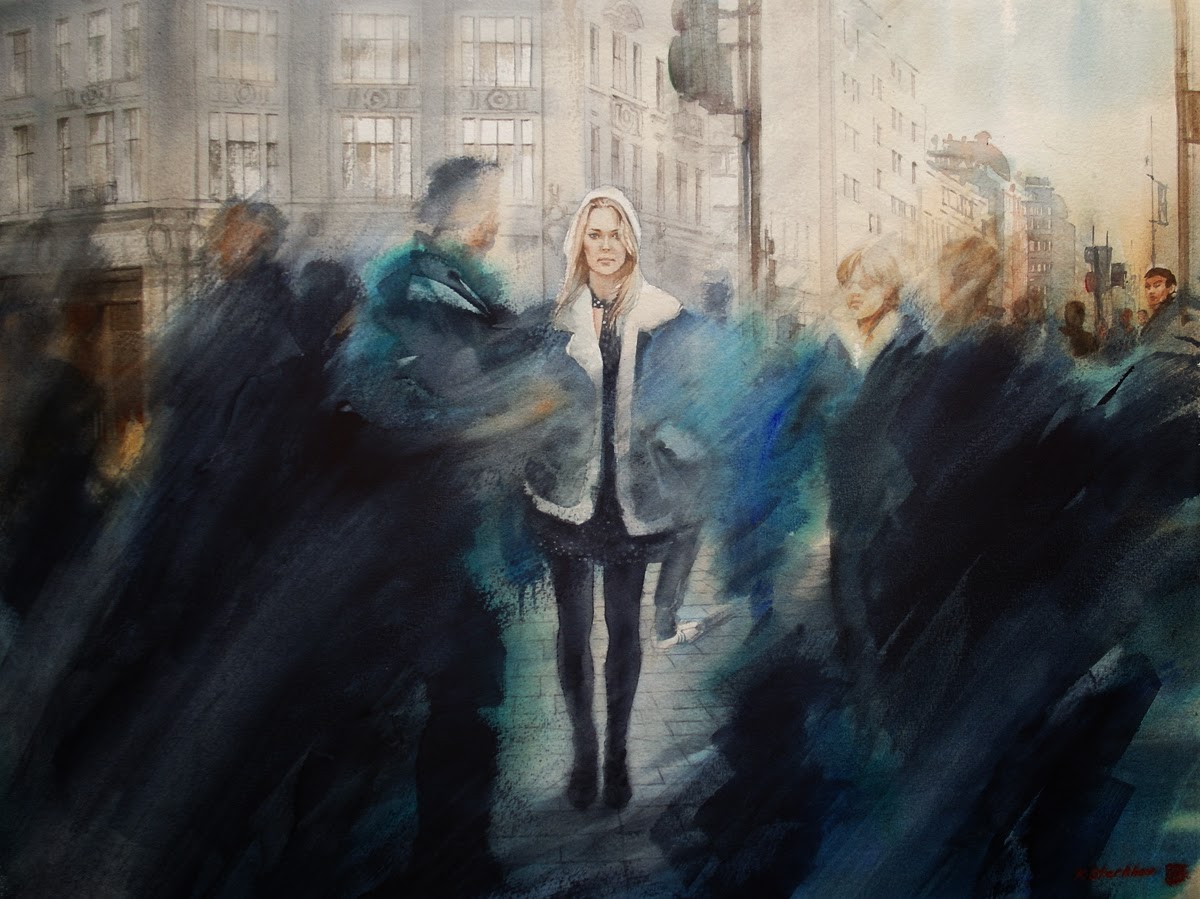 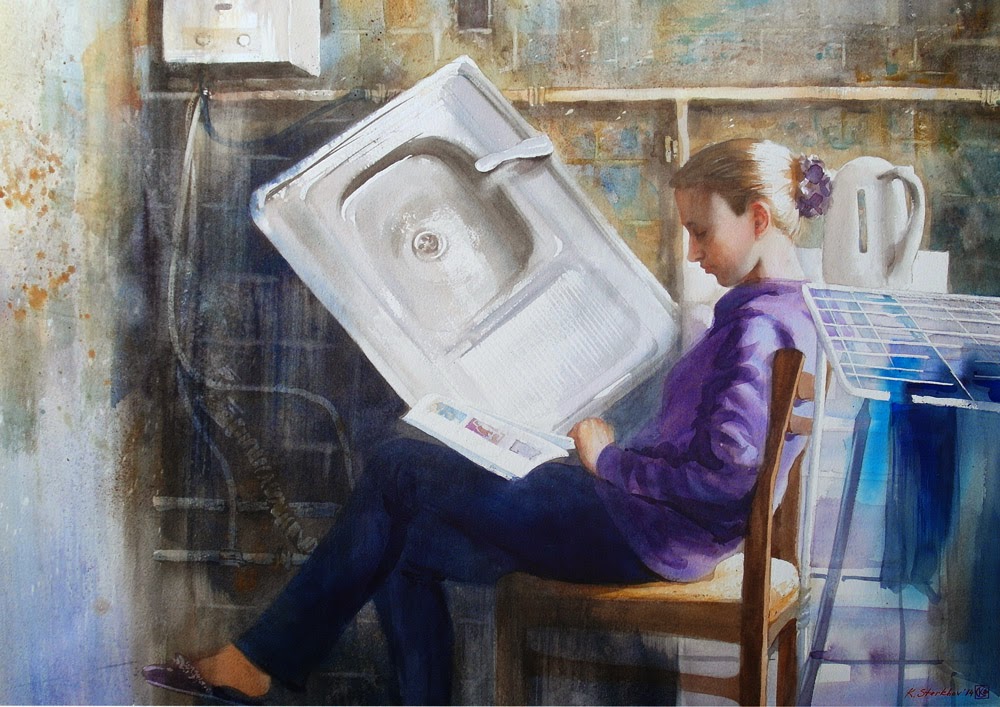 Salutating to Spring... All paintings half-Imperial size 35x55 cm. All demos have been painted in 2015 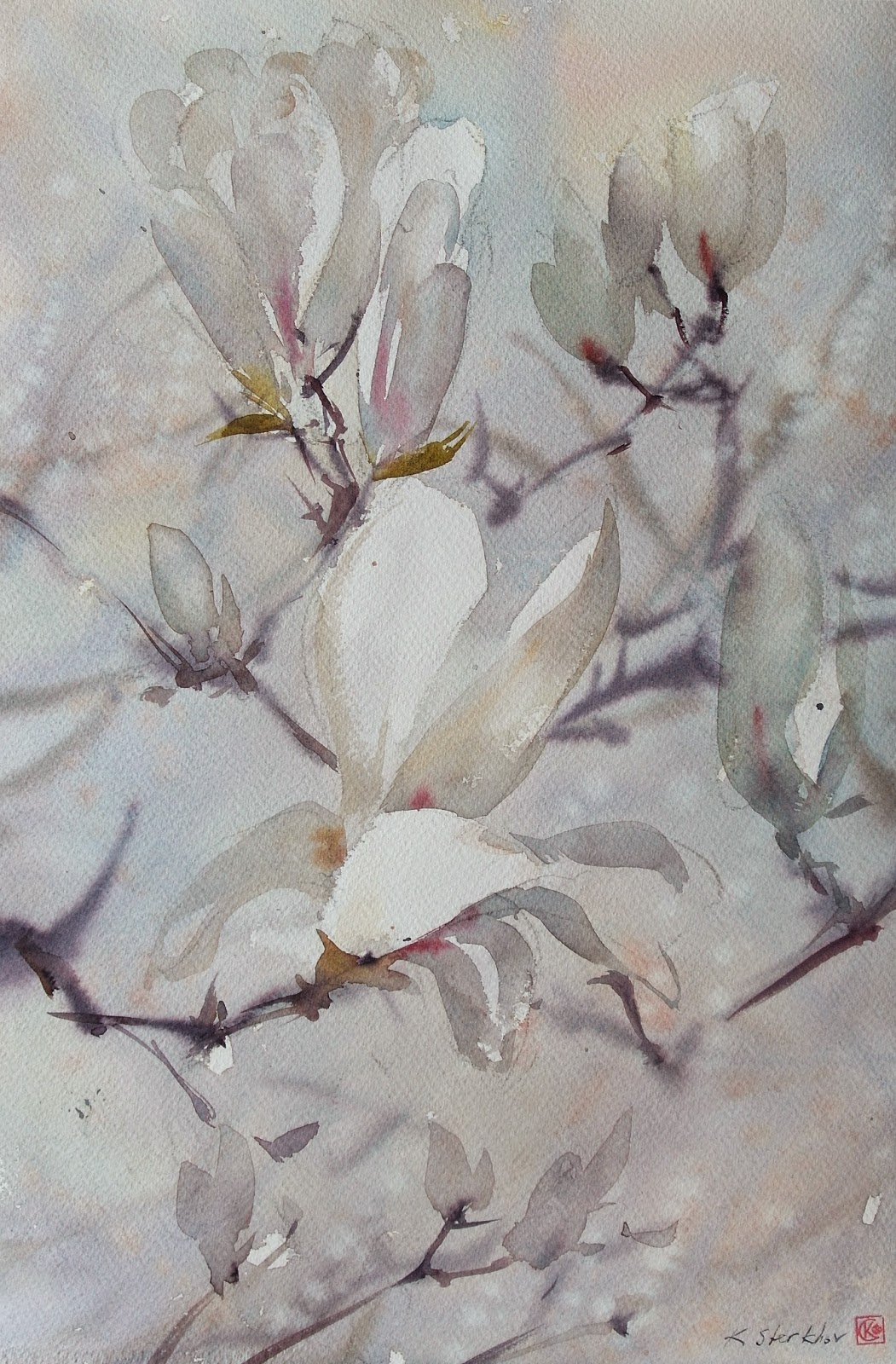 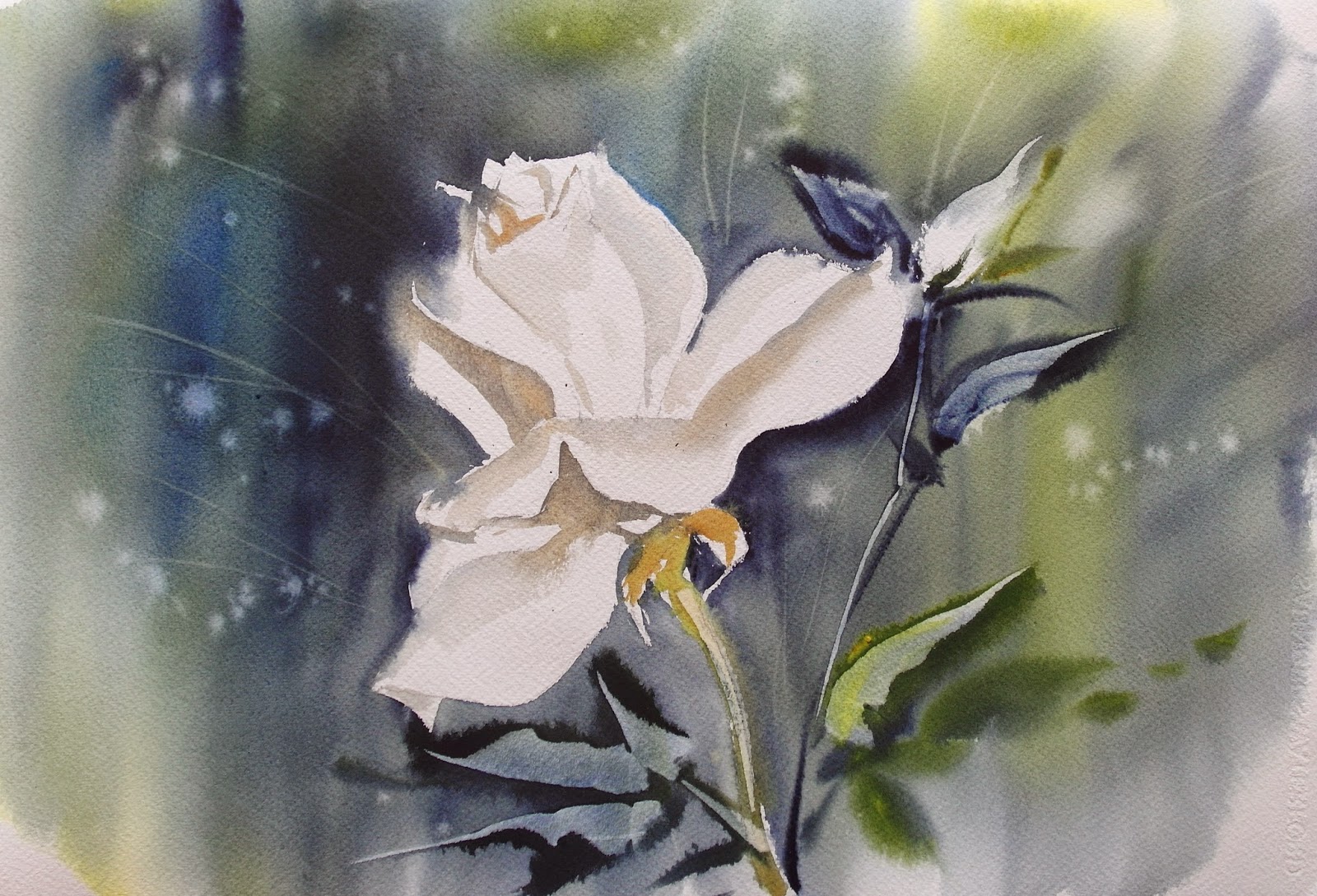 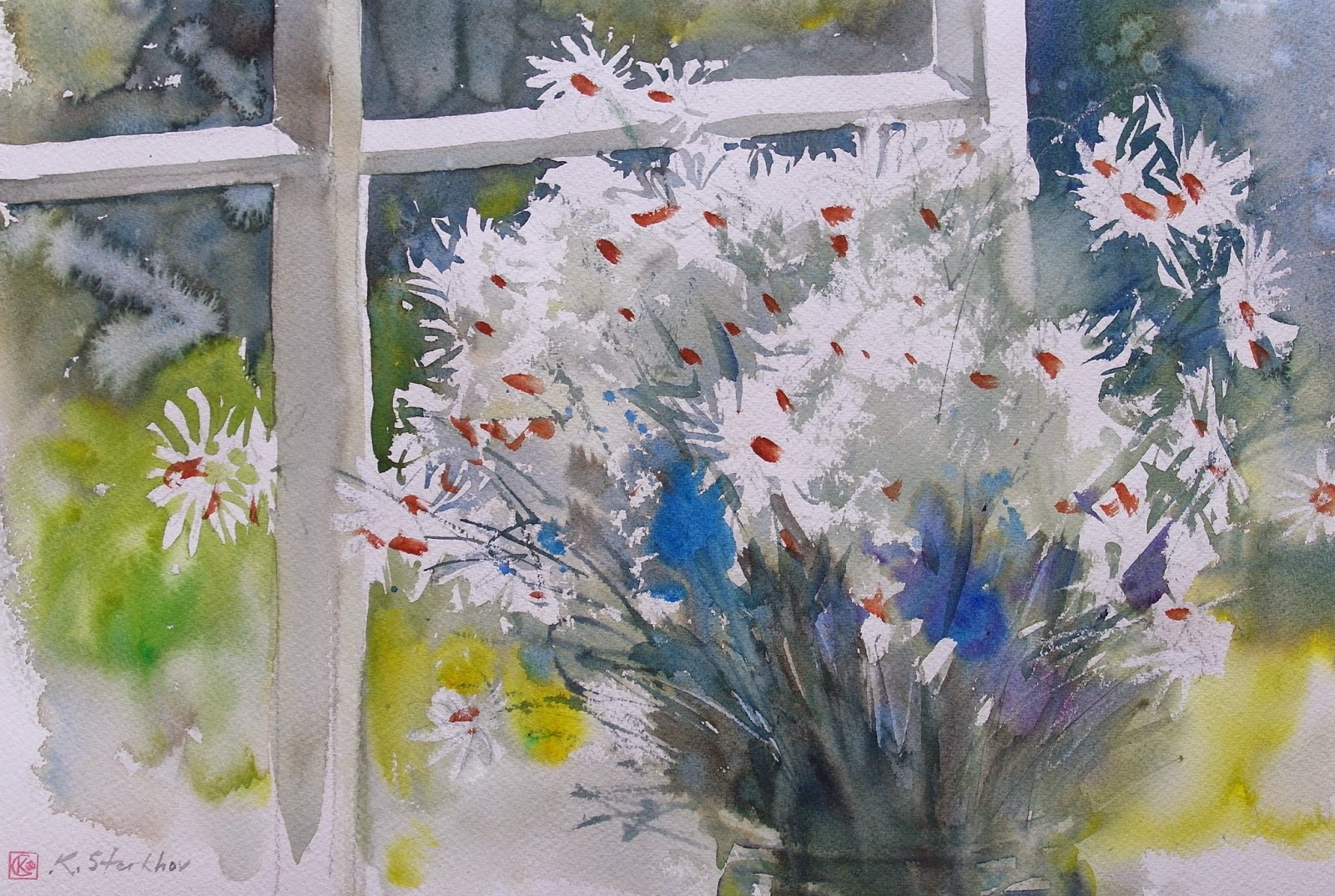 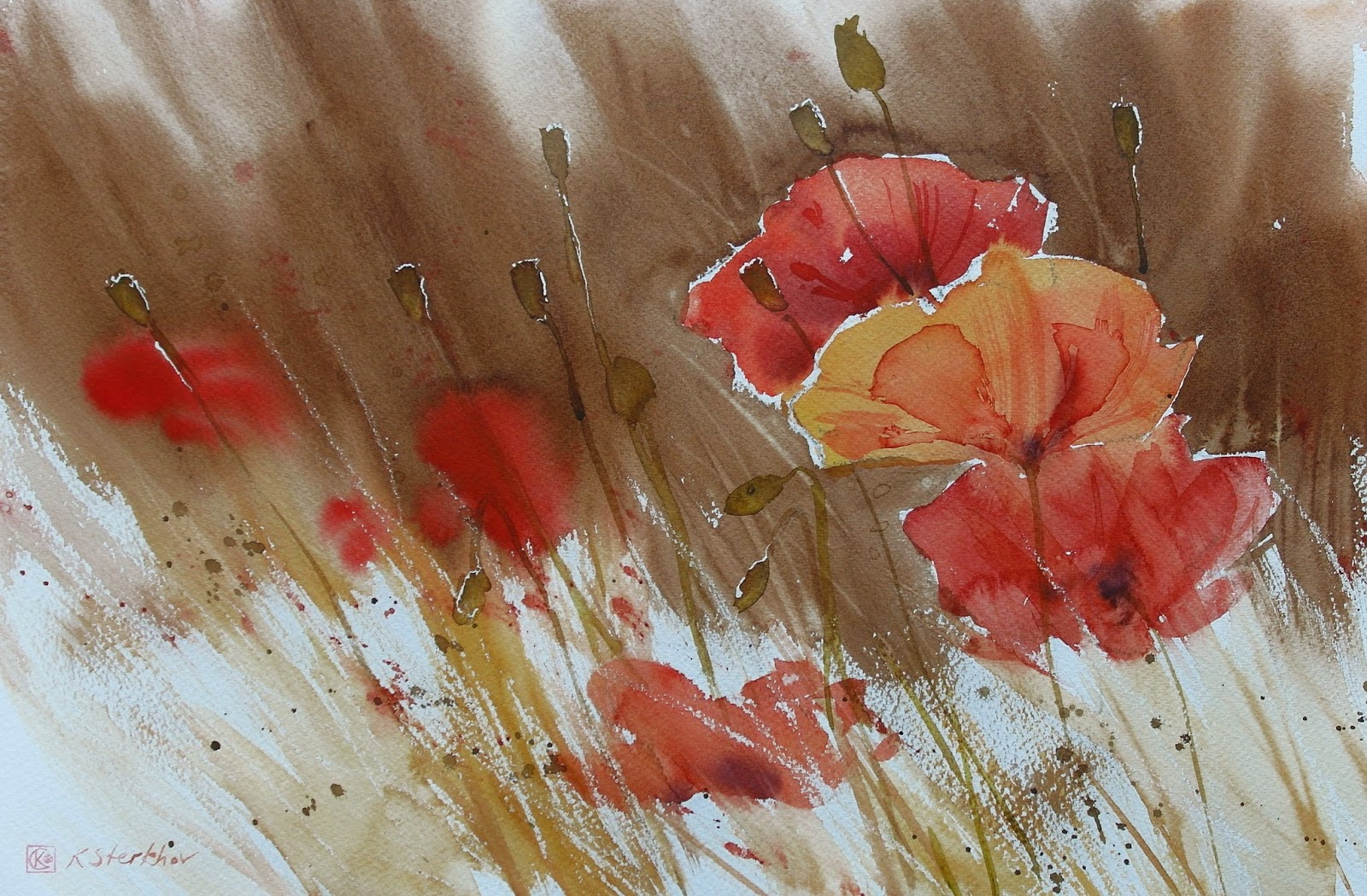 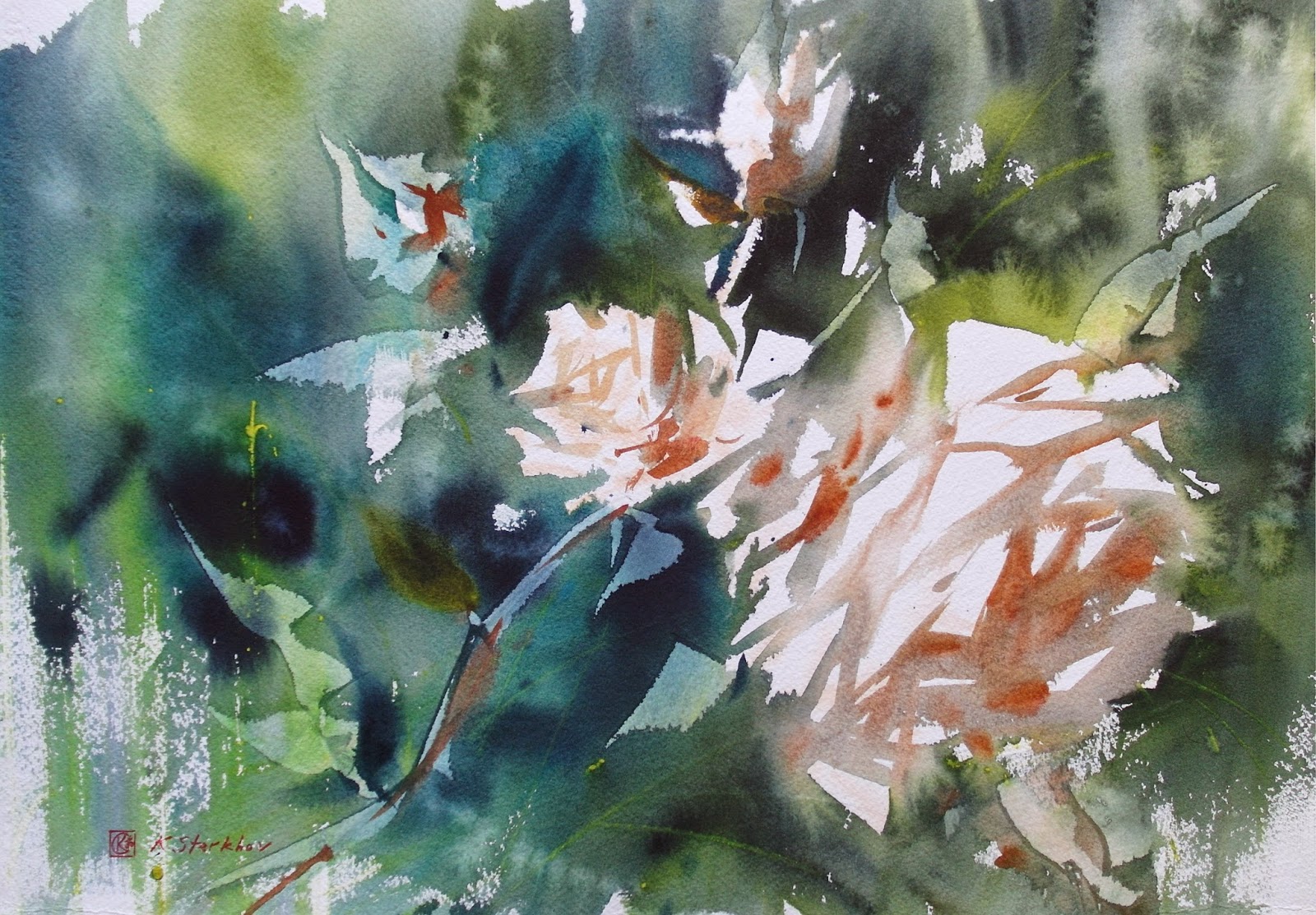 Konstantin
Saint-Petersburg, Russia
I would like to take this opportunity to share with you my admiration of water-color, which for me embodies all the spontaneity of water itself. Water is the source of everything. There is no life without water. It has been 25 years since I first discovered watercolors and they keep on surprising me. 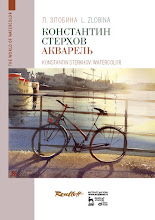 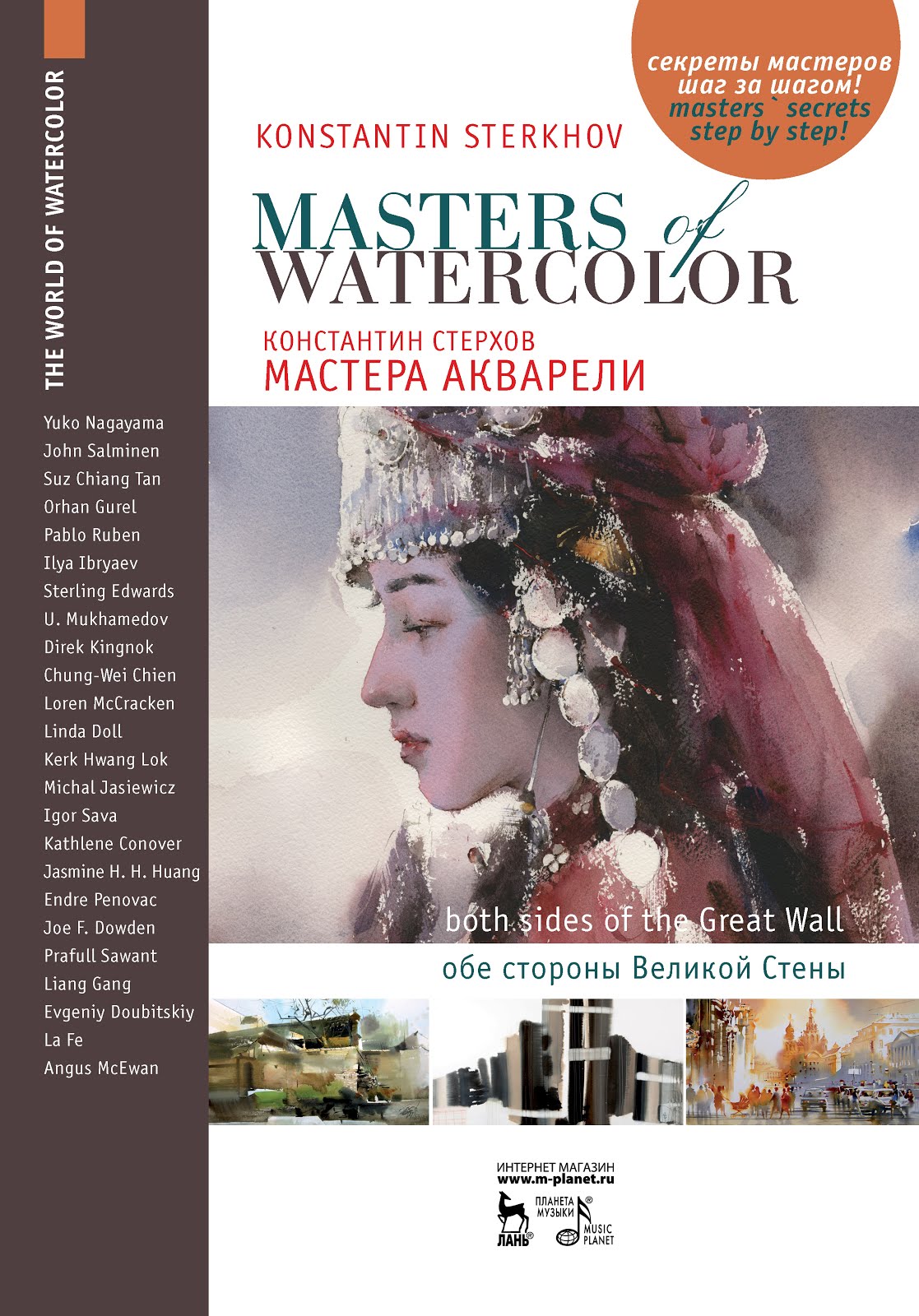